The Realm #1 Review-The Post Apocalyptic world order By Ashish Thomas The Realm is a new series set in a post-apocalyptic world where mythical creatures sorcerers and other creatures...
by Ashish September 11, 2017 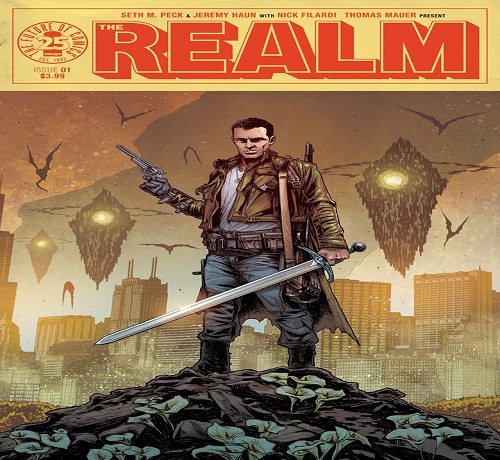 The Realm is a new series set in a post-apocalyptic world where mythical creatures sorcerers and other creatures where we meet warriors trying to save the world. An excellent news series that combines Action Adventure, Fantasy, Horror and a Post-Apocalyptic world check out our review below. 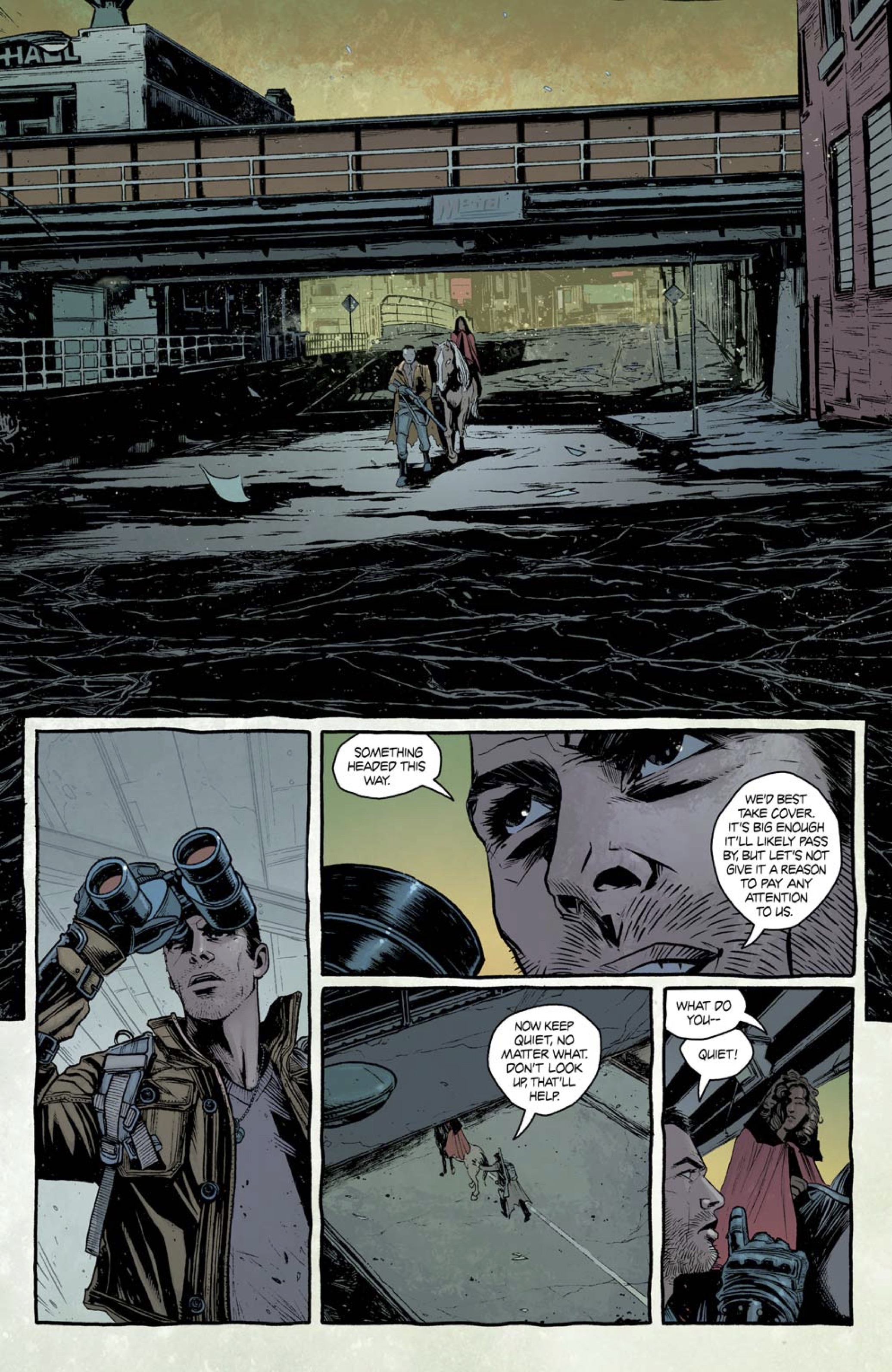 In the Story we see a man and a woman on a horse walking through an apocalyptic city. We find out that the man is a courier and the woman is a package that the person must deliver to a client. There is a creature in the sky that we don’t see but scares the woman. The Duo cannot hide cause the man is already behind schedule on his task.  The man is named Nolan who delivers the woman to the “King” a little behind schedule. Nolan asks for more money as the King’s intel was bad. Unfortunately, the king refuses which causes Nolan to fight his minions defeating them. The King then pulls a gun on Nolan revealing the woman Sasha was traded for expired antibiotics. He needed to get her back to keep his reputation intact. As the King was about to shoot Sasha kills the king stabbing him in the heart. We see Sasha take over, Nolan wishes her good luck. Sasha says they are square but next time he will have to pay the toll Nolan leaves the place.  We see more of the post apocalyptic world as Nolan returns to his employer. They discuss the past job, and the boss schedules Nolan for a meet and greet with some new clients. 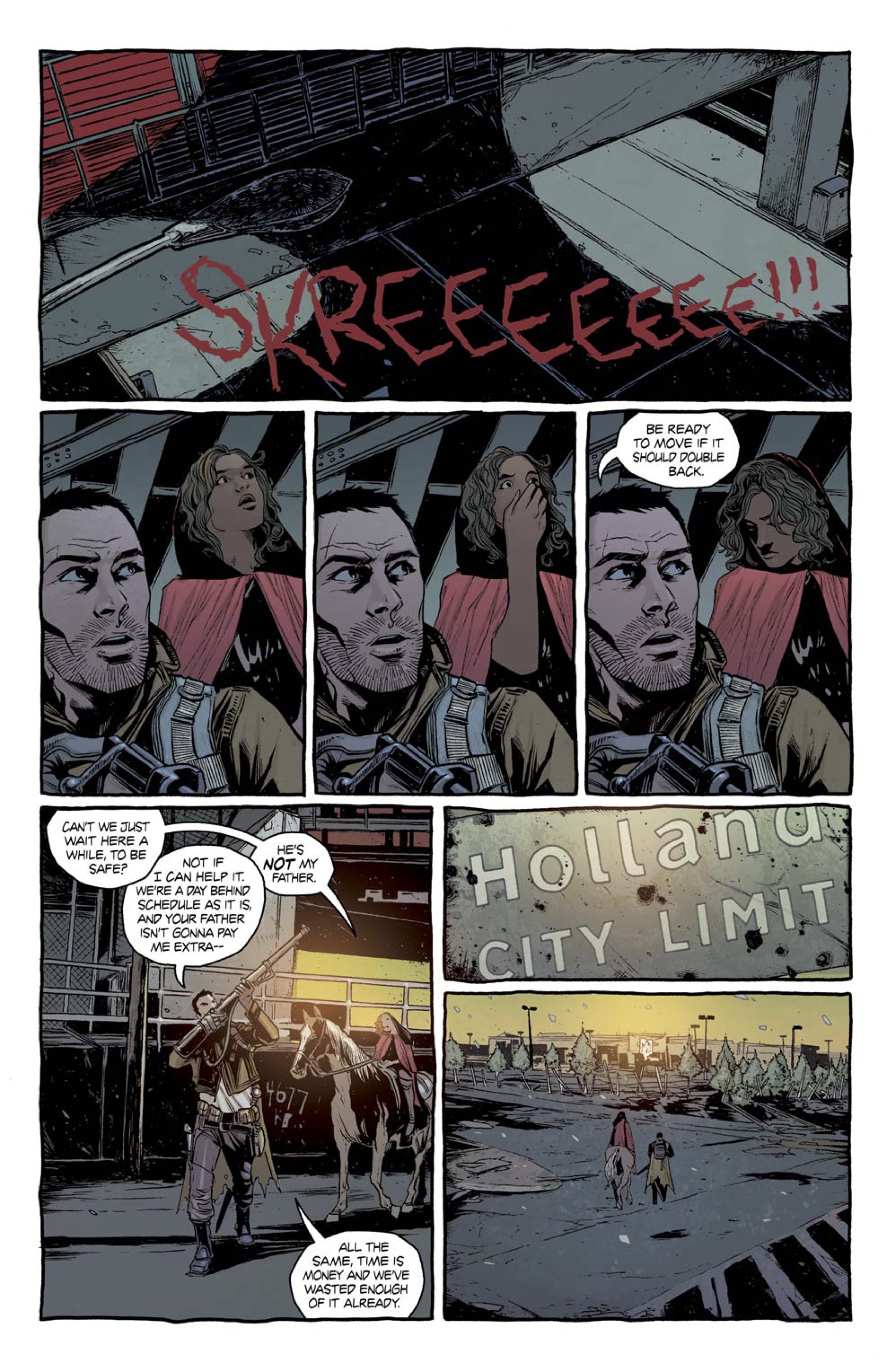 The story moves forward when a group of soldiers/warriors fight big ogre like creatures, taking them out with arrows in close combat. The soldiers/warriors defeat the monsters with relative ease. Next, in another part of the world, a sorcerer sacrifices someone to gain power the Sorcerer allows the demon to enter his body with the promise of teaching the Sorcerer how to harness the power he seeks. 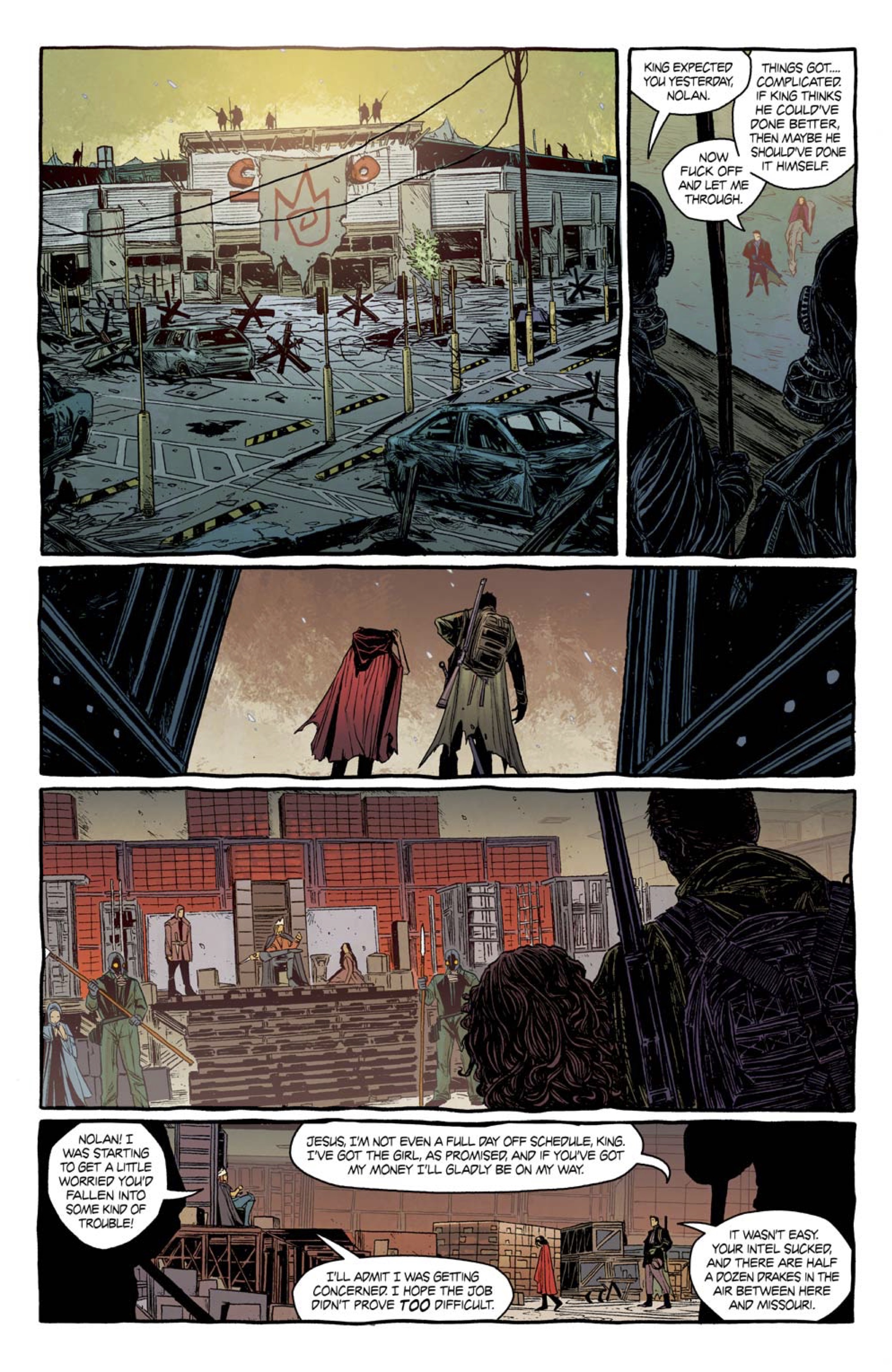 We meet Nolan as he meets his new clients the warriors/soldiers who are scientist looking for passage to Kansas City. Nolan still needs to gather supplies and meet the rest of the team but agrees to the Job. Next, we see a man destroy several ogres. The issue ends with a secret to find out you must read the issue.

The Realm is a fantastic well-written series combining elements that are not usually combined. Although not a fantasy fan I enjoyed the fantasy aspects of The Realm. The world is expansive, and the art of Jeremy Haun with the colors of Nick Filardi showcases the vivid post apocalyptic world. The action sequences and fantasy elements are done well.  The Realm shows promise and has the makings of Image Comics next big series. If you haven’t add it to your pull list and pick it up where you get comings this Wednesday. 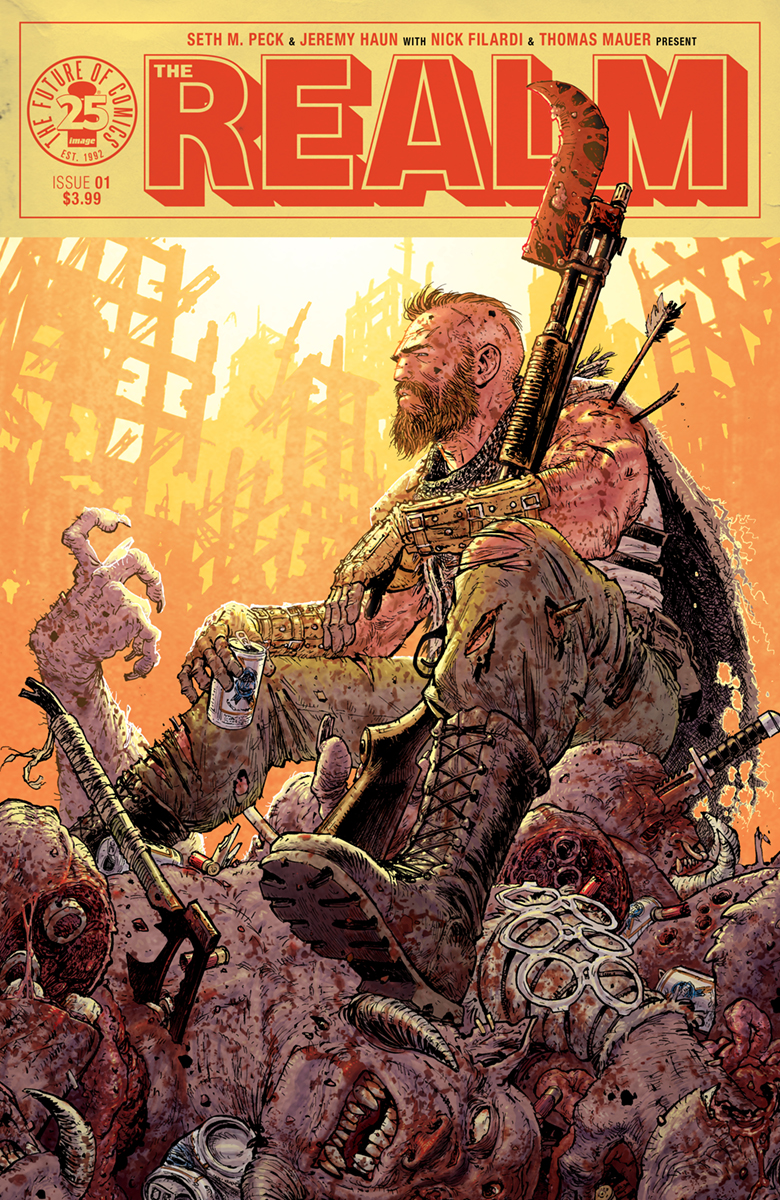